Precautions for using grease in bearings

Lubrication is an important part in the use of b […]

Lubrication is an important part in the use of bearings. Therefore, many people think that the more grease used, the better the bearing. In fact, the amount of grease actually has a limit.

The general grease filling amount in the bearing can refer to the following principles:
(1) Generally, the bearing should not be filled with grease, and it can be installed to 1/2-3/4 of the entire space of the bearing inner cavity;

(3) Vertically installed bearings fill 1/2 (upper side) and 3/4 (lower side) of the cavity space;

(4) In an environment that is prone to pollution, for low-speed or medium-speed bearings, the entire space in the bearing and bearing box should be filled;

(5) For high-speed bearings, put the bearings in high-quality lubricating oil before filling them with grease. Generally, they should be soaked in the base oil of the grease installed, so as to avoid the bearings from burning out due to insufficient grease on the friction surface during start-up. 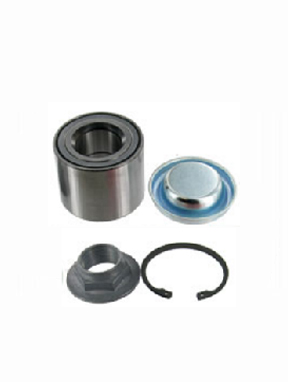 The evaporability (degree) of bearing grease indicates the degree of volatilization of the grease when the grease is used for a long time under high temperature conditions. The lower the evaporability, the better. The evaporation of fat mainly depends on the nature and fraction composition of lubricating oil.

Oxidation stability refers to the ability of a grease to resist the effects of heat and oxygen and maintain its properties without permanent changes when it is stored for a long time or used at a high temperature for a long time. Due to oxidation, the content of free bases decreases or the content of free organic acids increases, the dropping point decreases, the appearance color becomes darker, peculiar odor occurs, the consistency and strength limit, similar viscosity decreases, corrosive products are formed and the grease structure is destroyed. Substance, causing soap oil to separate. Therefore, in the long-term storage of lubricating grease, it should be stored in a dry and ventilated environment to prevent sun exposure, and the changes of free alkali or free organic acid, corrosion and other items should be checked regularly to ensure its quality and performance.

0
PREV: Classification of bearing rollers      NEXT: A wheel bearing kit is an essential component of any car's suspension system
Contact Us