1. Metal rust occurs. If there is a lack of lubrication […]

1. Metal rust occurs. If there is a lack of lubrication, it is easy to be oxidized, rust. Prevent the rust of the bearing, do not use blisters. Bearings are made of steel, but they are afraid of water. When taking the bearing with your hand, you should fully wash the sweat in your hand, and apply it to the high-quality mineral oil and then operate, especially in the rainy season, especially paying attention to rust.

The specific reasons for the natural rust wear of the bearing are mainly the following:
Oxidation wear. Its friction outside the micro-peak valley is extruded to each other, making the brittle surface layer gradually and wear. The micro peak valley of the bearing relative to the present surface is generated with oxidative synthesis in the air, which is extremely easy to fall off in the friction, and the abrasion is referred to as oxidative wear.

Friction and heat worn. When the bearing is working in the case of high-speed heavy load and poor lubrication, the outer peak valley is generated due to friction, the contact point hardness and the wear resistance are decreased, and even adhesion, tear phenomenon. This wear is referred to as frictional heat worn.

Pixabavisor. Rolling contacts of gears, bearings, etc., periodically subjected to a large contact pressure, long-term function, and metal outer tables during the relative process, so that micro cracks and abuse occurs on the outer surface of the bearing, which is referred to as pitting wear.

Due to temporary contact with liquid or harmful gases such as water, acid, alkali, salt, corrosion damage: Non-motion bearing on the device. Caused by rust or corroded, it is called corrosion damage.

2. The bearings are too large or improper. It is not possible to exceed the load of the bearing when used. If a car may be pulling too heavy, it is easy to damage the bearing. Therefore, the truck is more than the car than the car, that is, many parts can't live.

3. The bearing swap is too small. When the car front wheel is the oblique bearing, it is necessary to adjust the gap, which will cause an abnum, the transfer, the wheel shake. Tight will accelerate the wear. Both are not good. I am not good. I am unfavorable. For old bearings, It is necessary to check if the ball surface has burr, scratches, cracks. The radial gap of the old bearing, whether the axial clearance is qualified, generally only the radial gap is measured. For new bearings, first check if the bearing model is correct. Radial gap standard of rolling bearings Refer to Table 1. For example, the model 6318 deep groove ball bearing, the bearing is 90mm, and the radial gap range is from 0.016 to 0.046 mm, and the maximum amount of bearing can be found to be 0.25 mm.

5. Reckless driving may also lead to the car bearing, but this reason is a bit awkward. If it is not careful, other parts will be bad than the bearing.

7. Foreign object invasion. Try to use special tools, try to avoid using things like cloth classes and short fibers to avoid unnecessary damage to the bearing from fine fibers. For example, when installing the bearing, the staff used the copper rod to knock in the method, which is easy to cause the bearing axial force to be uneven, causing the retaining of the retaining, the rolling body is damaged, the swag is large, and the copper rod is in the process of tapping, The copper flying into the bearing cage, which is easy to cause bearing failure. There is also the process of use 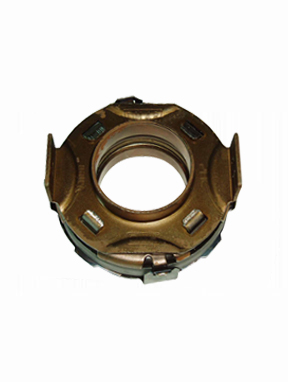 10. For bearings with insulated design, pay attention to ensuring insulation. If the bearing insulation is destroyed, the very thin bearing oil film will be broken by the axial electric pressure. After the oil film breaks, not only makes the rolling body lubricant conditions, but also generated electric sparks to form electrochiometry to the bearing roller, causing a rolling body The surface is not preferential, and the wear of the bearing is accelerated.