Here is an example of a flat grinding head spindle adop […]

Here is an example of a flat grinding head spindle adopting a spindle bearing structure with one end sliding and one end rolling. Among them, there are three kinds of friction states between the sliding bearing and the main shaft: boundary friction, liquid friction, and mixed friction.

Boundary friction means that the two sliding surfaces are separated by a boundary adsorption film formed by the direct combination of polar molecules (usually present in surface active additives such as oleic acid and fatty acid) in the lubricating oil with the metal surface, or by the boundary adsorption film containing sulfur and chlorine. Active substances such as, phosphorus and the metal surface are separated by the inorganic salt film formed by the chemical action. 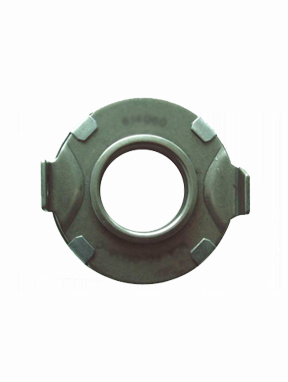 For convenience, boundary friction and mixed friction are collectively referred to as non-liquid friction hereinafter. The sliding bearing is in the most ideal state of liquid friction. Because the friction resistance at this time is small, the friction factor is close to the equivalent friction factor of the rolling bearing. In addition, the bearing oil film can completely eliminate wear and tear, and at the same time has good vibration absorption, cushioning and other advantages. But when the sliding bearing is in the boundary friction state, if the boundary oil film is destroyed, the friction and wear between the metals (the first is the abrasive wear) will increase sharply. At the same time, the local temperature caused by metal-to-metal friction increases sharply. The increase in temperature leads to rapid expansion of the metal surface, which in turn intensifies the friction between metals. When the local high temperature generated by friction reaches the melting point of the material, adhesion will occur between the main shaft and the bearing, that is, shaft holding.

0
PREV: Selection and use of INA bearings      NEXT: Proportion of bearing failure forms
Contact Us