The state of imported INA bearings is directly related […]

The state of imported INA bearings is directly related to the operating state of rotating equipment. Bearings are widely used in equipment. Especially in large continuous production enterprises, it is widely used in important parts of large-scale rotating equipment. Therefore, monitoring and fault diagnosis of bearing conditions in actual production is an important part of equipment maintenance and management. After temporary practice and exploration, some practical skills of bearing actual fault diagnosis have been accumulated.

A practical method for condition monitoring and fault diagnosis of INA imported bearings is vibration analysis. It is necessary to pay attention to the accuracy and truth of the collected signal, and to choose the location of the measuring point and the collection method in practice. To truly and accurately reflect the vibration state of the bearing. Therefore, the measuring point should be arranged at the place closest to the bearing. The free end of the motor usually has a rear fan cover, and the measuring point is selected at the fixed screw of the fan cover for better monitoring effect. In addition, attention must be paid to multiple collection and analysis of vibration signals, and comprehensive comparison. Ability to get accurate conclusions.

Imported INA bearings show strong regularity during their use, which was discovered during temporary production status monitoring. And the repeatability is very good. The vibration and noise of normal high-quality bearings are relatively small at the beginning of use, but the frequency spectrum is somewhat scattered, and the amplitude is small, which may be caused by some defects in the manufacturing process, such as surface burrs. 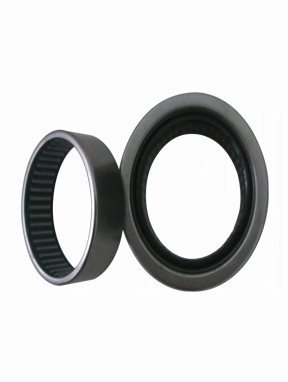 The vibration and noise are maintained at a certain level after a period of exercise. The frequency spectrum is very single, with only one or two octave frequencies. There is rarely a frequency spectrum above three times the power frequency, and the bearing state is very stable, entering a stable working period.

Bearing vibration and noise began to increase and entered the later stage of use after continued operation. Sometimes there are abnormal noises, but the increase in vibration changes slowly. At this time, the bearing kurtosis value suddenly reaches a certain value. It is believed that the bearing is indicated as an initial failure at this time.

The larger the equipment capacity, the time for the bearing to show the characteristics of late failure to the occurrence of serious failure (usually bearing damage such as shaft holding, burns, spalling of the sand frame, raceway, bead wear, etc.) will not exceed one week. The faster the speed, the shorter the interval time. Therefore, in the actual bearing fault diagnosis, once the late fault features are found, the bearing should be determined decisively and repaired as soon as possible.

The basic requirement of rolling bearing assembly is: under the premise of guaranteeing the assembly quality index, the fitting rate should be high, and it should generally get more than 95%.

0
PREV: The use and selection of motor bearings      NEXT: Rescue measures for unqualified products of rolling bearing rings
Contact Us