Home / News / So what factors affect the fatigue life of bearing steel?

So what factors affect the fatigue life of bearing steel?

1. The influence of nitride on fatigue life Some schola […]

1. The influence of nitride on fatigue life
Some scholars have pointed out that the volume fraction of nitrides in steel decreases because of the decrease in the average size of inclusions in steel. Due to technical limitations, there are still a considerable number of inclusions smaller than 0.2in. Counted. It is the existence of these tiny nitride particles that have a direct impact on the fatigue life of the bearing steel. Ti is one of the strongest elements that form nitrides. It has a small specific gravity and is easy to float. A part of Ti will remain in the steel to form angular inclusions. This kind of inclusion is easy to cause local stress concentration and fatigue cracks, so it is necessary to control the generation of this kind of inclusion.

The test results show that the oxygen content in the steel is reduced to less than 20 ppm, the nitrogen content is increased, the size, type and distribution of non-metallic inclusions are improved, and the stable inclusions are significantly reduced. Although the number of nitride particles in the steel increases, their particles are very small and distributed in a dispersed state at the grain boundary or within the grain, which becomes a favorable factor, which makes the strength and toughness of the bearing steel a good match, and greatly increases the hardness and strength of the steel. , Especially the improvement effect of contact fatigue life is objective.

Due to the existence of oxides, steel destroys the continuity of the metal matrix, and because the expansion coefficient of the oxide is smaller than that of the bearing steel matrix, it is prone to stress concentration when subjected to alternating stress, which becomes the birthplace of metal fatigue. Most of the stress concentration occurs between oxides, point-like inclusions and the matrix. When the stress is large enough, cracks will occur, which will rapidly expand and be destroyed. The lower the plasticity of the inclusion and the sharper the shape, the greater the stress concentration. 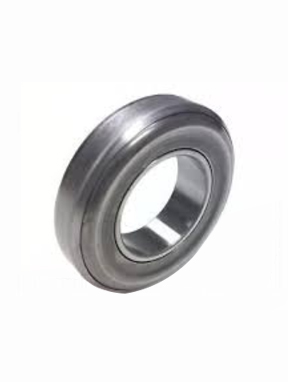 3. The influence of sulfide on fatigue life
Almost all of the sulfur content in steel exists in the form of sulfides. The higher the sulfur content in steel, the higher the sulfide in the steel, but because the sulfide can be well surrounded by oxides, reducing the impact of oxides on fatigue life, the number of inclusions does not affect fatigue life. Absolutely, it is related to the nature, size and distribution of inclusions. The more certain inclusions, the lower the fatigue life, and other influencing factors must be considered comprehensively. In the bearing steel, the sulfide is distributed in a fine shape, and is mixed with oxide inclusions, and it is difficult to identify even if the metallographic method is used. Tests have proved that on the basis of the original process, increasing the amount of Al has a positive effect on reducing oxides and sulfides. This is because Ca has a fairly strong desulfurization ability. Inclusions have little effect on the strength, but have greater harm to the toughness of steel, and the degree of harm depends on the strength of the steel.

After heat treatment, the two batches of steel materials A and B reach the same tensile strength of 95 kg/mm', and the yield strength of steel materials A and B is the same. In terms of elongation and area reduction, B steel is slightly lower than A steel and still qualified. After fatigue test (rotational bending), it is found that: A steel is a long-life material with a high fatigue limit; B steel is a short-life material with a low fatigue limit. When the cyclic stress of the steel sample is slightly higher than the fatigue limit of the A steel, the life of the B steel is only 1/10 of that of the A steel. The inclusions in steel A and B are oxides. From the perspective of the total amount of inclusions, the purity of A steel is worse than that of B steel, but the oxide particles of A steel have the same size and are evenly distributed; B steel contains some large-particle inclusions, which are not evenly distributed. . This fully shows that Mr. Xiao Jimei's point of view is correct.